The United Kingdom has voted: An interview with Lord Patten

Will Brexit finally become a reality?

Lord Patten of Barnes, a member of the Vontobel Advisory Council, spoke with us about the outcome of the election. With these election results, Brexit will become real. But now, following the vote, how united is the United Kingdom? And how will it shape its relationship with the EU once this painful divorce process is behind it? Read Lord Patten's assessment.

“So we will leave the EU before the end of January. In some senses that is where the story really starts.”

Lord Patten of Barnes, Member of the Vontobel Advisory Council 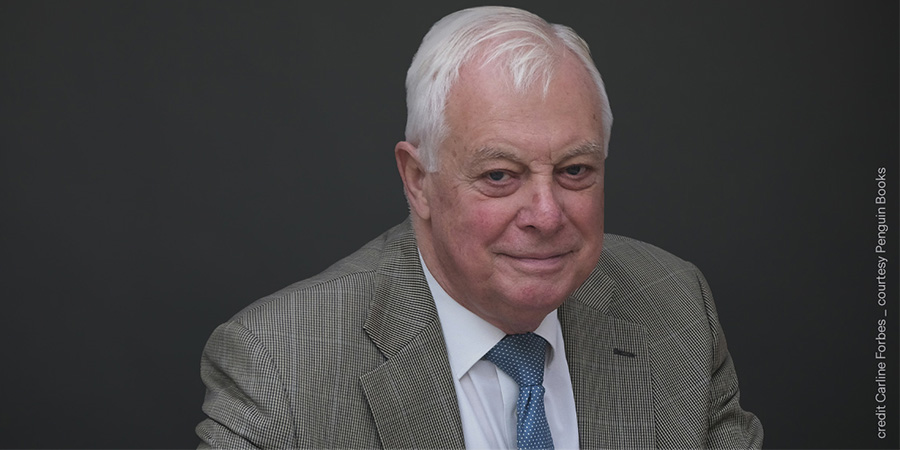 Will Brexit finally become a reality with the Election result?
Yes – at least “Brexit will get done” in the terms in which Boris Johnson successfully defined the issue during his campaign.

In other words, having won a big majority by mopping up original Brexit support, combined with profound Conservative and Labour objections to Jeremy Corbyn’s leadership of the Opposition, Johnson now has a large majority for the exit deal that he negotiated with Brussels before the Election campaign.

This is seriously misleading.

There are three obvious problems which will begin to dominate domestic British politics for months and even years.

It’s called the “United Kingdom”. After this Brexit drama, how united is the Kingdom?
Politically, the United Kingdom is clearly divided in what has proved to be a very successful Conservative campaign. It has in practice subsumed the Brexit Party.

Conservative voters are on the whole older and whiter than others and live outside the main metropolitan centres especially London and the south east. They are likely to be without higher education qualifications. The long-term demographic, especially regarding the young is not good for the Conservatives.

There could be a constitutional threat to the Union in Northern Ireland where for the first time nationalists did rather better than Unionists (with the distinct prospect opening the future of a united Ireland).

But Scotland is a much bigger problem. The Scottish Nationalists (SNP) won 48 of the 59 seats with 45% of the vote. The Conservative vote fell by 4%. The SNP campaigned explicitly for a referendum on independence and there will inevitably be a long term clash with the Conservative government on this. A difficult economic outcome for Britain as a whole will strengthen the SNP’s hand. However it faces its own difficulties in the new year resulting from the criminal sexual assault case that will come to Court in January against its former leader Alex Salmond.

Looking five years ahead, how do you see the future relationship between the UK and the EU?
It will depend on the sort of trade deal that Britain is able to do with the EU. The UK will be treated as a third country and every aspect of our relationship will have to be negotiated line by line. Right-wing Conservatives think that Britain can simply walk away from the EU rejecting their rules and standards, and opting for what is called Singapore-on-Thames, in other words an open market with few regulations. This both misunderstands Singapore and ignores electoral realities (think for example of the row over NHS standards in relation to a US trade deal). My overview is that the UK will be poorer (the Treasury says by 5 per cent), still negotiating on some issues, but getting reasonable deals in areas where we are very strong like research and the life sciences. FDI will be lower and there will have been a steady migration of service and skilled jobs. The immigration problem will have become focussed on a shortage of skills not the absolute number of migrants. We will also be trying to come to terms with the fact that we have to punch our diminished weight rather than punch above it.

How will the UK now go on its own way?
Can the Commonwealth play a role here? Will it? The Commonwealth is a moderately useful partnership of Britain’s former colonies and dominions. Britain’s trade with it is heavily concentrated on five countries – Australia, Canada, India, Singapore and South Africa. Britain has a trade surplus of £4.2 billion with the Commonwealth, heavily dependent on services. Commonwealth markets take 9.3 per cent of British exports, about the same as exports to Germany. Half of Britain’s exports go to the EU representing 13 per cent of GDP. About 3 per cent of the EUs GDP is represented by exports to the UK. It is pretty well impossible to imagine that loss of Britain’s market share in the EU can be made up by an increase in exports to the Commonwealth, not only because of the question of distance. To put the point very simply boosting trade with Commonwealth countries by reducing tariffs and barriers will not make up for what is lost by increased friction in our trade with Europe. A trade deal with the USA is unlikely to be fast or substantial since I cannot believe that Britain will accept big changes to health and safety standards.

Will the UK, despite Brexit, become more closely involved in European defence policy?
European defence policy is more than an oxymoron. EU member states have created mechanisms for planning and co-ordinating defence capability. Some countries have started to increase defence spending. The European Commission has allocated E13 billion to defence research and development in the 2021-2027 budget cycle. President Macron continues to nag others to do more and famously (and not wholly unreasonably) described NATO as “brain dead”. But there are several feet on the brake when it comes to a bigger defence capability to deal with external threats from Russia, to terrorism. First, there is a nervousness about seeming to by-pass the USA encouraging the very American disengagement from Europe which is feared by Macron and others. Second, several states are exceptionally concerned about the domestic implications of increased defence spending. Others are reluctant to see Russia as a threat. Clearly the size of Britain’s defence capacity is likely to be a valuable asset by the EU, but Britain’s own defence spending will be under pressure from lower economic growth. Britain would probably want to be seen as an effective ally of the EU in areas like cyber-security and counter-terrorism. It will be an enthusiastic operational ally of France with whom we already have a defence agreement. But London will want everything to be done in a wider NATO context and will be badly mistaken if it thinks it can trade defence co-operation for trade concessions.

About Lord Patten of Barnes

During his long career, Lord Patten of Barnes, has held several important positions. In addition to being an EU Commissioner, he was the UK’s last Governor of Hong Kong, preparing the former British Crown Colony for the handover of its sovereignty to the People's Republic of China in 1997. Following this very active political phase of his career, Lord Patten was named, among other posts, to the position of Chancellor of Newcastle University, and since 2003 he has been the Chancellor of the University of Oxford.

Are you interested in the significance of the election results for the economy and financial markets? Then we recommend watching this video interview with Dan Scott, Deputy Chief Investment Officer Vontobel Wealth Management.

This interview must not be distributed or sent to US persons or persons within the United States. More generally, this interview must not be sent to natural persons or legal entities or played at their places of residence if they are citizen or resident of or are located in a jurisdiction where the distribution, publication, provision or use of this information would violate applicable laws or regulation or where Bank Vontobel AG (Vontobel) does not meet applicable registration or license requirements. This interview is intended for information purposes only. It is not the product of research, financial analysis or a market investigation, and it is not subject to the directives on the independence of financial research issued by the Swiss Bankers Association. This interview does not constitute an offer, invitation or recommendation to use any service, buy or sell any investment or perform any other transaction. The information and views contained herein is provided for information purposes only and does not take into account individual investment targets, financial situations or needs. The forecasts, assessments, prices etc. in this interview are merely indicative, are specific to a particular date, are based on information sources normally used in the banking industry and reflect the author’s own non-binding opinion at the time of the interview. Any information comprised in this interview may be superseded by, or change due to, subsequent market or political events or for other reasons, but there is no obligation on the part of Vontobel to update this interview. Before making an investment decision, investors should therefore seek independent advice, taking into account their individual circumstances. Potential investors should note that past performance is not necessarily indicative of future results. Investments denominated in foreign currencies are subject to exchange rate fluctuations. Certain investment products may not sell immediately in a period of market illiquidity. This can make it difficult to quantify the value of your investment and the risk that you bear. Vontobel therefore disclaims any and all liability for any particular asset performance, particularly any loss suffered or the attainment of a particular yield by the investments that the investor makes on the basis of this interview. Although Vontobel is of the opinion that the information contained herein is based on reliable sources, Vontobel cannot guarantee the quality, accuracy, timeliness or completeness of the information contained in this interview. Vontobel may, to the extent permitted by applicable laws and regulations, participate in financial transactions with said issuers, hold positions in, options on or investments related to their securities, and/or have other material interests relating to their securities. Vontobel may, to the extent permitted by applicable laws and regulations, use and act on the information or investment suggestions contained in this interview before they are shared with clients. Vontobel or any of its affiliates may have acted as manager or co-manager in connection with a securities issue for any of the issuers mentioned in this interview, or may currently make a primary market for these issues, or may be providing or have provided in the past twelve months substantial advisory and investment services in connection with the relevant transactions or a related investment.