Amazon, Google and the rest of Silicon Valley want NHS data. There’s a huge amount of it, and it exists in quality databases. It needs to be protected 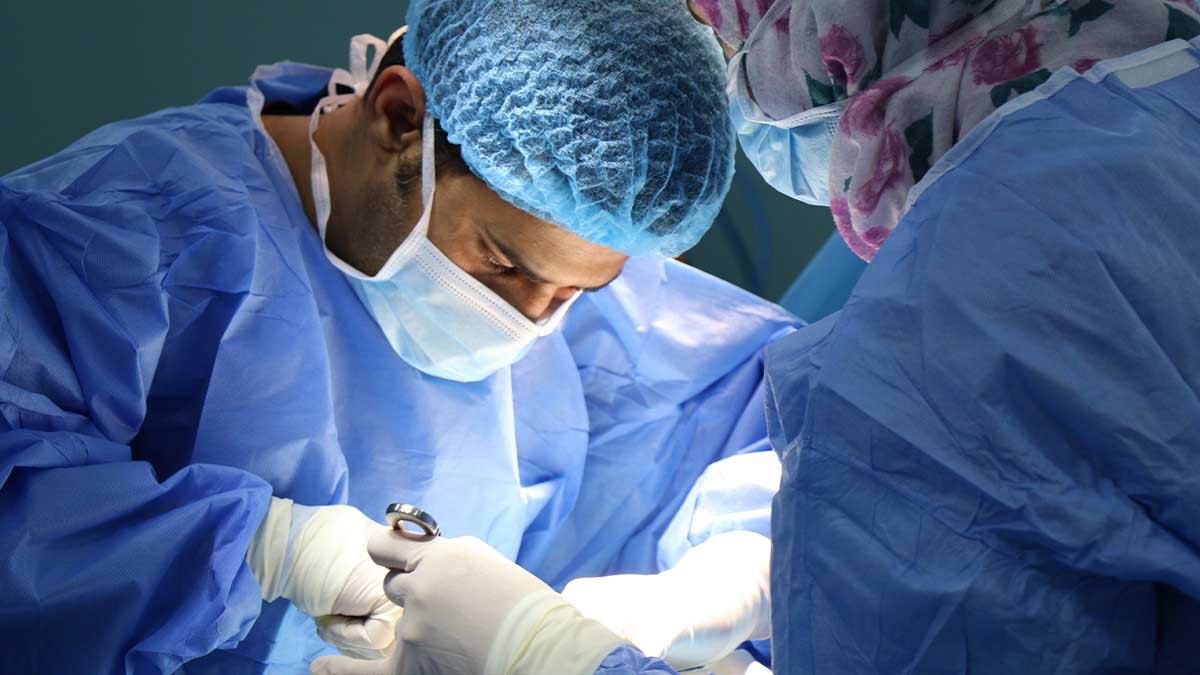 The past few weeks have seen headlines about Google buying up 50 million Americans' health records, Amazon being handed NHS (National Health Service) data for free, and NHS England execs pricing up our data to sell it off. And we're not happy about it: a recent poll from YouGov suggests 80 percent of people are against tech giants hoovering up such data, not least with the NHS under threat of further privatization. That's been true for two decades, says Phil Booth, coordinator at activist group MedConfidential. "In all the polling and research I've seen for 20 years, what's consistent is the discomfort people have with commercial exploitation of their health data."
But while we're generally happy with academic or publicly funded research making use of our medical data, much of the R&D around AI in medicine is happening at private companies, notably large American tech firms. Careful use of health data could save lives, cut costs of delivering health care and even become a nice little earner for the NHS – indeed, an EY analysis that's frequently touted by the government suggests opening up the vaults could earn the underfunded public health organization as much as £9.6 billion annually. But the tradeoffs could be our privacy, letting big tech further monetize medicine, and locking hospitals and clinics into expensive tech systems that will cost us more in the long run.

The risks depend on the aims of the company receiving our data. So what are they up to? Google last month hit the headlines for gobbling up the health data of 50 million Americans via its Project Nightingale deal with US health-care provider Ascension, which is now under investigation, and it recently acquired FitBit. Here in the UK, Google-owned DeepMind was slapped on the wrist by data regulators for failing to get patient permission for a project with the Royal Free London NHS Trust, but has since started similar projects – albeit with a closer watch on patient permission – alongside its investments via Verily, Alphabet's health division. To an extent, this isn't new. Google has been trying – and failing – to build an e-health platform for years. But the end goal is no longer simply gathering up our data into a Google-run platform in Google's cloud (though there's plenty of money to be had there), but collecting data sets to build AI and machine-learning systems.
Google isn't alone, as even Facebook has slowly been slipping into healthcare. Its AI department worked with radiologists at New York University to teach its machine learning to read MRI scans, and last year asked American hospitals to share patient data to help spot vulnerable people by linking those records with Facebook profiles; that project was halted before data traded hands. In October, the social network unveiled a tool called "Preventative Health" to send reminders to Americans to get their cholesterol tested or get a flu shot. Facebook has said such data isn't for marketing or advertising, but only for promotion of health and research.

And then there's Apple, which rather than buy in your health data from hospitals, is asking patients to get it for them. That happens via the Apple Health system on its iPhones and Watch, tracking your footsteps, sleep and more, and as of 2018, pulling in their own health records via HealthKit's API, at least in the US. "Apple is an interesting outsider," says Eerke Boite, interim head of the School of Computer Science and Informatics at De Montfort University. "Rather than Apple building up their own data repository, they actively encourage their users to record health – or more accurately: health-related – data on their own devices." Boite praises the privacy, accountability and transparency, but says there are concerns with how the information could be shared with government agencies. "Chinese iPhone users should probably not opt in," he warns.
Amazon's use of NHS data is a little different. The company is adding information used on the NHS website to its Echo voice-assistant system, so people can ask "Alexa" for information about a condition or symptom. That data is all openly available now online, so why the fuss? Some of it is sensitivity to big tech gobbling up NHS data for free, says Booth. "People just went a bit nuts," he says.

There are real concerns that the association with the NHS will not only encourage more people to opt into Amazon's particular brand of surveillance capitalism – helped by health secretary Matt Hancock's enthusiasm for the idea – but also train us humans to share our medical data with Amazon. Of course, we're already doing that every time we use Google to search for a symptom. But in the future, warns Booth, the data gleaned from asking Alexa about health concerns could be used to develop an AI symptom checker without our consent. "This is pushing people towards training Amazon's AI using EU citizens' data," he says.
Last week, while Amazon dominated stories about NHS data, another announcement slipped out: data gathered from GPs’ practices had been sold via the Clinical Practice Research Datalink for £10m last year to American pharmaceutical companies to develop drugs. Booth said it's no surprise drug makers want such data – it helps create safe drugs more cheaply, which is good for us all – but said such efforts need to be consensual, safe and transparent. We should find out this is happening from our GP, not the Observer newspaper.

British data are the most valuable

In short, US companies want your health data, but they don't all want it for the same reasons. But why us, here in the UK? There are other data sets, including the ones Google is already buying up in the US, but the NHS is a target because of its size and quality. "The NHS has the biggest longitudinal health database in the world, somewhat homogeneous and of reasonable quality," says Boite. "They are always talking about combining all the data in their systems into a single one." The first attempt to create such a "data lake" was with the care.data system, which was so heavily criticized, particularly on consent, that it was dropped after a government review into the sharing of patient identifiable information known as the Caldicott Report. And now they're trying again, according to a recent leak seen by tech website The Register, which reports that it’s seen slides and files revealing that discussions are already underway to sell access to a massive database of UK patient data.
The main defense to health data sharing is that the information is anonymized – but whether that's truly possible has long been widely doubted. Consider Facebook's own proposal to find and get help for vulnerable people. Under those plans, which were halted when the Cambridge Analytica scandal broke, Facebook wanted anonymized health data including demographics from hospitals, which it would compare to its own users – if it found someone who matched, they'd be profiled to see if they needed extra health support or were vulnerable. In other words, the entire point was to de-anonymize the data.

How anonymity is avoided

The more data that's handed over, the easier it is to de-anonymize it, which is one reason to limit what's doled out. "If appropriately aggregated and anonymized, there should in principle be a low risk of re-identification for data sets which have narrow scope and focus (such as medical images and diagnostic labels)," says Christopher Yau, a fellow at the Turing Institute. Wider data sets used to mine for patterns and relationships are much higher-risk, he explains: "For example, if an organization has identifiable geolocation data (such as from mobile phones), it maybe possible to cross-link this with hospital records to narrow down the identity of the patients." If you're on Android, for example, Google can know that you're at the same location as a hospital on a given day. And if it's de-anonymized, it can be linked to other profiles, be it Google, Facebook or a data broker, and misused for online marketing, insurance premiums and so on.
There are simple steps the NHS or other health-care providers could take to avoid this linking, such as by limiting the information being handed over, tightly regulating and auditing future uses, and even letting them see the data but not take it away with them. "We can restrict access conditions, i.e. we don’t share the data but let the researchers come to a 'fume cupboard' site and let them take away only results that have acceptably low privacy implications," Boite says. "Census data works like that already."

Nicole Kobie is a staff writer at WIRED.UK

Who are we? How do we live today? And how will the digitization change our lives? How the future will unfold is preoccupying society more than ever, with engineers, doctors, politicians – each one of us, in fact – seeking answers. This report on the use of health data is one of many contributions that shed light on the theme “digitization” from a new, inspiring perspective. We are publishing them here as part of our series “Impact”.