What gift does Santa have in store for us this time? Will his sleigh be brimming with plastic toys and fast fashion from far-off places? Will Rudolph and his fellow reindeer have a lighter load to lift because the North Pole-bound container ships are still stuck at port? Anyway, we can be pretty sure the red-clad gentleman’s sack won’t contain an increasingly toxic item: coal. The same holds true for Befana, Santa’s broom-wielding female counterpart, who will hardly distribute lumps of carbone in Italy.

The black stuff, originally useful as heating material around Christmas, has long become a signifier of naughty behavior when stuffed in a kid’s stocking near the fireplace. Today, with the memory of the wrangling over coal at the United Nations’ climate change conference COP26 in Glasgow still fresh, it is even less in favor.

The alternatives: renewables or even nuclear energy

“Never touch coal” may be one of our New Year’s resolutions, but we know what happens to those. We all agree on the direction of travel: the world must cut greenhouse gas emissions quickly. Just like many New Year’s resolutions, however, achieving carbon neutrality by 2050 (or even earlier) may be too ambitious. Our power grids may have weaned themselves off coal but currently still rely heavily on gas (around 60%) with renewables accounting for just under 30%.

This is a big step in the right direction. Nevertheless, we know how vulnerable our power grids are when the sun doesn’t shine or wind doesn’t blow – remember, for instance, last year’s exceptionally cold winter in Texas that kept the windmills from turning. We cannot afford to ramp up our dependence on renewable power without innovation in power storage. At the moment, battery technology isn’t sufficiently developed to store enough renewable power. There are, of course, other technologies, like pumped-storage hydroelectricity (often used in Switzerland’s system of hydroelectric dams), or energy storage by way of flywheels or compressed air. Even so, none of them are as efficient as traditional (pollutive) forms of power generation. If we really want to get to net zero by 2050, we may need to reassess our view on nuclear energy – a controversial proposal but one that many countries are increasingly considering in light of our war on fossil fuels.

Will we take up the “decarb” diet?

Let’s hope we will, for the sake of the planet and our children, embrace a much-needed decarb diet after the pudding-heavy Christmas of the industrial revolution. At the same time, we should take care not to be too ambitious with our New Year’s resolutions. Failing that, we may find ourselves in the midst of an energy crisis with significant parts of the population unable to afford heating for their homes. In such a case, power-hungry consumers would probably start wishing for Befana and her sacks of coal again.

More about the Investment Outlook 2022 (PDF) 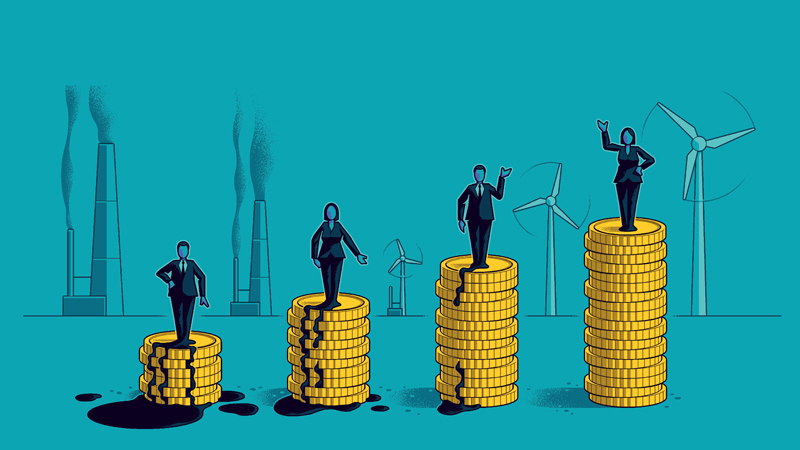