At the Munich Security Conference, Vontobel is an active participant in the dialogue on the challenges facing the world order

For the fifth time, Vontobel hosted the traditional CEO Lunch at the opening of the Munich Security Conference in the conservatory of the Bayerischer Hof in Munich. The guest list included almost 50 personalities from business and politics. 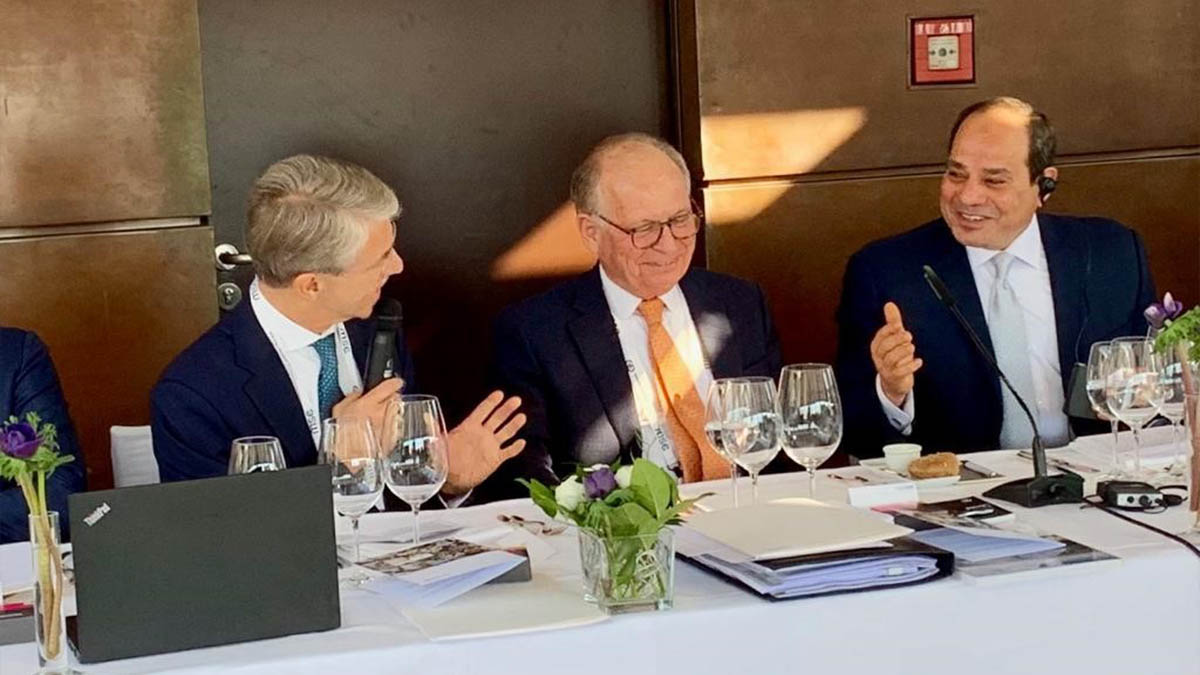 "THE GREAT PUZZLE: WHO WILL PICK UP THE PIECES?" was the central issue at this year's Munich Security Conference, held from February 15th to 17th, 2019. In advance of the conference, MSC Chairman Wolfgang Ischinger had declared, "At the Munich Security Conference 2019, we must think about how we can preserve the core of the international order." The agenda of the three-day event was accordingly diverse, with participants talking and arguing about the future of Europe, transatlantic relationships, the potential impact of competition between the major powers, and the conflicts in the Near and Middle East.

The Munich Security Conference is a forum where even controversial points of view are aired and discussed. In this way, mutual understanding is fostered, constructive criticism is brought to bear, and in the best case, a solution to a conflict is found. The discussions conducted at MSC are important to society, the economy, and ultimately to every one of us.

For this reason, Vontobel has supported the MSC for several years, actively participating in the dialogue. Numerous personalities from politics and business met in the conservatory of the Bayerischer Hof in Munich for the traditional CEO Lunch. Vontobel Chairman of the Board Herbert J. Scheidt and CEO Zeno Staub welcomed as special guests the Egyptian President, Abdelfatah al-Sisi, and Emir Sheikh Tamim bin Hamad Al Thani of Qatar.

In his welcome speech, Herbert J. Scheidt made a plea for the private sector to play an active role: "One answer to the conference’s key question – ‘the great puzzle: who will pick up the pieces?’ – is that non-state social and economic actors could be forced to face up to the challenges that are endangering peace and prosperity worldwide." He continued: “That's what people are expecting from us."

About the Munich Security Conference

Over the past five decades, the Munich Security Conference (MSC) has become the central global forum for debate on security issues. Every February, around 600 high-level decision-makers from around the world come together to discuss current and future security challenges. These include heads of state and government, ministers, leaders from international and non-governmental organizations, and high-level representatives from industry, the media, research and civil society.