They are tiny and they are smart. Intelligent implants that diagnose and treat at the same time are pointing the way toward the digital future of health. 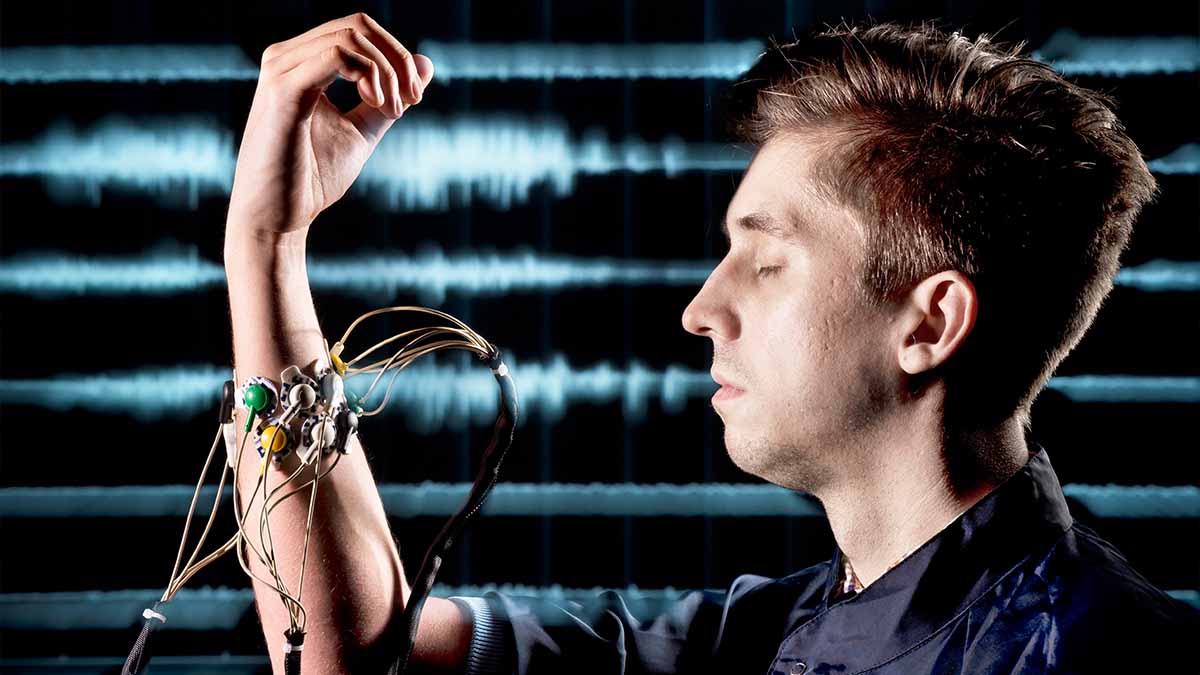 Hope comes in small packages: in this case, two and a half centimeters. This implant produced by the California-based company SetPoint Medical looks like an oversized pill. Its interior contains tiny electronics designed to improve the lives of patients suffering from rheumatoid arthritis. Implanted near the vagus nerve, the digitally controlled mini-apparatus periodically emits electrical impulses to slow down the excessive immune reaction that is partially responsible for causing rheumatoid arthritis. Initial clinical trials are promising – and they point to a digital transformation that, over the next few years, will have an impact on the entire healthcare system.

"The digitization of medicine will fundamentally change the art of healing and will bring with it an opportunity for us to reorient existing resources in line with what the primary character, the patient, needs."

Dominik Pförringer, MD, Co-Chairman of the Digitization Working Group of the German Society for Orthopaedics and Trauma (DGOU)

The future of medicine is 4D

All over the world, physicians, scientists, IT specialists, and engineers are working on innovative technologies that will massively expand and, in some areas, even revolutionize the therapy spectrum. The financial sector has also recognized this trend. In 2017 alone, investment capital totaling more than 9.5 billion euros made its way into startups in the digital health sector worldwide. "The development of innovative and at the same time cost-efficient procedures in health care is made possible in particular by innovations that are resulting from the convergence of a number of different scientific disciplines," says Professor Gerd Geisslinger of the Fraunhofer Institute for Molecular Biology and Applied Ecology (IME). He describes the increasing cooperation between four major areas – diagnostics, drugs, data and devices – as the "4D" phenomenon.

As part of the "Theranostic Implants" project, twelve Fraunhofer Institutes are collaborating on the development of intelligent implants – a smart hip joint prosthesis, a prosthetic hand, and an implant for controlling blood circulation.

“Theranostics” is derived from the terms “therapy” and “diagnostics”; in other words, theranostic implants combine both of these disciplines. For example, they record vital signs, such as blood pressure or elevated blood sugar, and then initiate therapeutic measures based on the readings taken. A smart hip joint prosthesis, for instance, uses sensors to monitor how well the replacement joint is being integrated into the surrounding tissue. If the prosthesis is too loose, so-called actuators incorporated in the hip prosthesis spring into action: A tiny integrated heater heats up a special alloy mounted on the prosthesis so that it ever so slightly expands. By doing so, a precise readjustment of the hub of the prosthesis within the femur is effected – which can eliminate the need for a new operation. In the case of hypertension and stroke patients, sensor implants even allow the internal pressure in the cardiac vessels to be measured, which is currently only possible by means of a complex catheter procedure carried out under medical supervision. The implant measures the pressure of the cardiac vessels and transmits the data to a receiving unit outside the body. Thanks to obtaining this data, it should be possible to diagnose problems earlier – and thus reduce hospital stays.

In the laboratory of the Fraunhofer IBMT, biomedical engineer Dmitry Amelin attaches eight electrodes to his forearm, which are connected to a small box with a screen sitting in front of him on the table. Amelin puts his thumb and forefinger together and watches the pulses on the screen. "We are working on the control system for a hand prosthesis," explains the young scientist. "This small box contains all the control electronics, and later it should be implanted into the patient's forearm."

Communicating between human and prosthesis

The myo-electrical control of the hand prosthesis allows communication between human and prosthesis. It anticipates how the person wearing it wants to move in a particular situation. The implant’s software recognizes a pattern of movement and sends the corresponding control commands to the prosthesis so that it carries out the movement. But that is not all. "The pioneering aspect of our design is that the prosthesis also provides the wearer with sensory feedback," explains Prof. Klaus-Peter Hoffmann from the IBMT. This feedback is provided by sensors in the prosthesis connected to the human nervous system via the implant electronics, e.g. through pressure sensors in the artificial fingers. So-called filament electrodes, double-sided electrodes as thin as a human hair, were specially developed by the Fraunhofer researchers to be fixed directly on the nerve, allowing the patient, for example, to feel in real time how firmly he is gripping an object using the prosthesis.

Even pacemakers can be hacked

Is this all science fiction? Not really. Researchers predict that theranostic implants will have arrived in medical practice in at most ten to fifteen years. Due to their complexity, theranostic implants are among the most sophisticated medical technology systems, and they have to be thoroughly tested in the laboratory during their development phase. The prosthetic hand implant, which is being tested by biomedical engineer Dmitry Amelin, is still connected to its electrodes via cables. In the next generation, however, electrode and implant should merge. The micro-implants would then be able to communicate wirelessly via ultrasound. Why not by radio signal? "Because it's safer," says researcher Hoffmann. "We know of cases from the USA where pacemakers were hacked".

The new generation of smart implants for rheumatoid arthritis can now also be used without cables. The implants feature fast microchip processors and their miniature lithium-ion batteries can be charged wirelessly. The manufacturer promises battery life of more than a decade. "In your lifetime and mine, we will see millions of people outfitted with implanted devices," predicts Kevin Tracey, President of the Feinstein Institute for Medical Research and co-founder of SetPoint Medical. He is convinced that in the long term, smart implants like these, which work with electrical impulses, will be used to treat diseases such as diabetes, hypertension and cancer. "This,” he says, “is just the tip of the iceberg."