Sometimes a financial analyst's work is like a seismologist's. We know that the next big disruption is coming. To determine when the next disruption will arrive, we conduct research, compare data and make predictions.

Progress in autonomous driving has been on everyone's lips for some time now. Efforts are being made by various actors – traditional car manufacturers, established software giants, clever new startups. What the possible effects might be – that is hotly debated. They range from the complete disruption of the transport industry to a transformation of the modern city. The fact is that the next ten years will bring about more changes in the way people move from one place to another than we saw in any decade since the invention of the automobile.

Emerging technologies and business models such as ride-hailing and sharing, autonomous driving, micro-mobility and even eVTOL (flying taxis) will all stir up the industry. Classic car manufacturers will face enormous challenges. Large investments will be necessary to score points in the field of new powertrains  and autonomous driving solutions. At the same time, the consumer behavior of the Millennials is running counter to the actions of the big manufacturers. Mobility services like Uber are already so popular today that US driver’s license registrations are declining. In the future, mobility will increasingly be consumed as a service. Experts estimate that this is a USD 7 billion industry, and they are calling it Mobility-as-a-Service.

The Internet of Things on the factory floor

While mobility developments are at the center of public attention, the harbingers of Industry 4.0, as it is called, have tended to be flying under the radar so far.

The designation “Industry 4.0” comes from the idea that this is a 4th industrial revolution, following in the footsteps of the initial Industrial Revolution (1.0), assembly line technology (2.0), and IT-controlled automation (3.0). It encompasses the smart, permanent linkage and networking of machines and machine-driven processes in manufacturing.

It encompasses the smart factory with its Augmented Reality-supported processes, or the design of a production chain consisting of autonomous modules that proactively eliminate sources of error and communicate by means of the industrial Internet of Things. We can expect integrated systems that will produce faster, better, and cheaper – and in a way that also requires fewer resources. Technology will drastically change production processes. Factories are being transformed into communication platforms where people and machines are networked, while workers focus on planning, process control and maintenance. 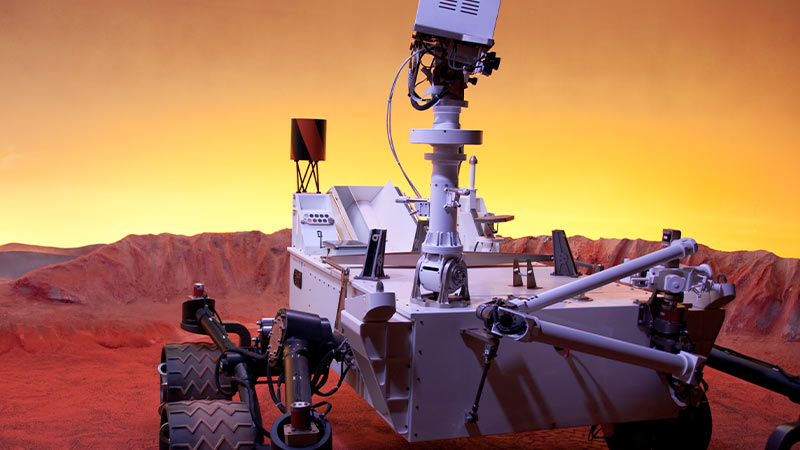