A guest contribution by Ian Bremmer, political scientist and essayist for the Time Magazine

The shockwaves from Donald Trump’s election continue to reverberate. With his assumption of office, globalization appears to have become shaky. Now we must hope that it survives 2017. 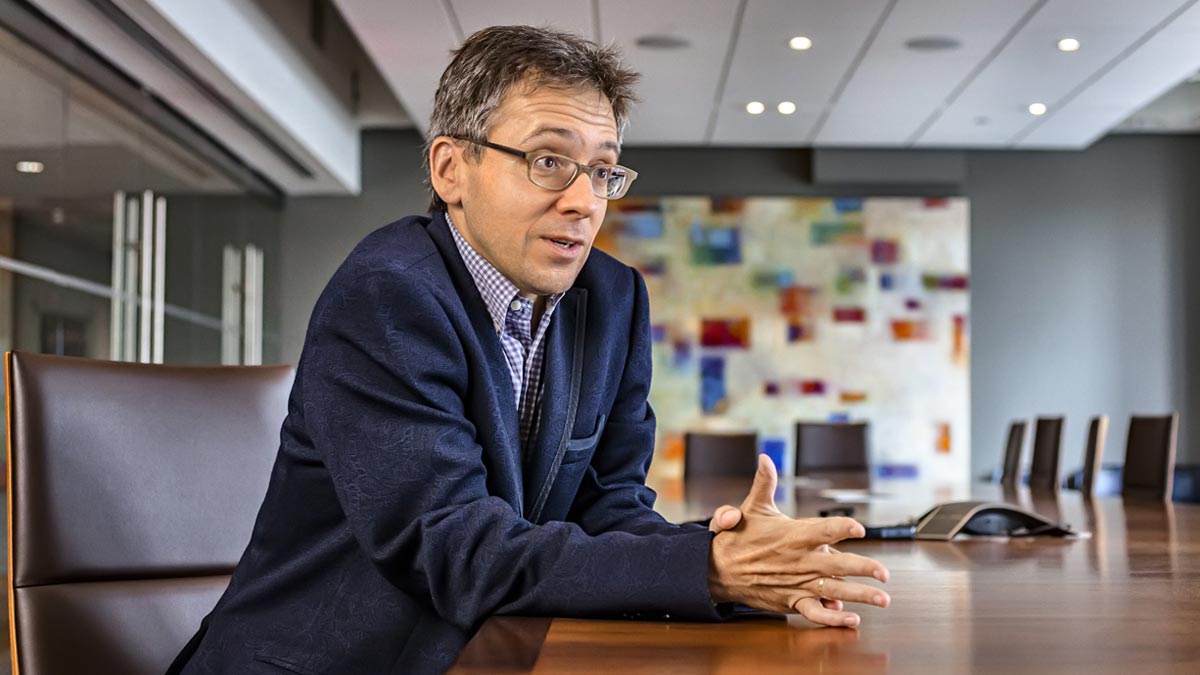 Prof. Ian Bremmer is the founder and president of the Eurasia Group and the initiator of the Global Political Risk Index (GPRI) on Wall Street. © Photo: Dirk Eusterbrock

America is in the process of receding from its leadership role. For now, we are living in a G-Zero world, absent real global leadership. That doesn’t work with globalization. We can only support the globalization process when its political opponents no longer build walls – neither real ones nor virtual ones.

The backlash against globalization has to do with inequality—inequality of representation, inequality of wealth, and inequality of opportunity. Added to that is an anti-establishment trend among those individuals that lost out from globalization—the working and middle classes of the US and Europe. They no longer feel middle class when they look around at their surroundings. These two facts explain how the social consensus was able to erode so dramatically.

On the part of governments, the right answer would be to fundamentally rebuild the social contracts with their people. This means more infrastructure and education spending in traditionally underrepresented areas; it means sustainable benefits for the underemployed, and a more general flexibility around the treatment of labor.  As a point of fact, advocates of globalization find it hard today to make their case politically. That Emmanuel Macron managed to triumph over Marine Le Pen cannot offer us any security. Arguments along the lines of “You don’t want to see what happens when other people take power” may not suffice outside of France.

The most immediately discernible effect: Nationalism has returned to Europe. In Greece, Poland, or Hungary it has even informed the government. The EU got too big, too quickly. The economics, politics and societies of peripheral Europe integrate increasingly poorly with the core, especially given geopolitical tensions with Russia, Turkey and the Middle East. All this is oil poured on the rhetorical flames of the populists. The EU is not falling apart entirely, but it is fragmenting. Bad news if you’re a Europhile, but not the worst news in the world if you are a fan of globalization.

The present EU clashes more with globalization than it helps

This is not to say social base-level consensus is faltering everywhere around the world. Many Asian countries are among the biggest beneficiaries of globalization. Whether in China or Japan, these societies have nowhere near the same social problems as their western counterparts. Anti-establishment politics will eventually shift towards emerging markets as Western technology erode emerging market labor forces. It’s the next phase of globalization, and it’s coming very soon.

In the short term, keeping immigrants out and otherwise separating underprivileged populations from those that are more productive may help. But such developments will devastate the world over the long run – something worth keeping in mind.

Prof. Ian Bremmer is an American political scientist. He specializes in foreign policy, the transformation of states and global political risks. He is the founder and president of the Eurasia Group and is a best-selling author, in great demand as a commentator.

Who are we? What makes us matter? The question of our identity moves society; art, science, politics and every one of us seek answers. This guest contribution by Ian Bremmer is one of numerous contributions that illuminate the topic of identity from a new, inspiring perspective.