For the third time, "SitzBank Schaffhausen" has turned the city into a large open-air art gallery. Corporate contributors and individual artists have let their creative juices flow, creating 69 unique benches which will all adorn Schaffhausen during the summer months. This year, Vontobel is participating in the campaign for the first time.

The "SitzBank19" project is taking place in Schaffhausen this summer, the third time the city has launched this outdoor art campaign. After the great success of its 2013 and 2016 editions, the city council decided to organize the project again in 2019. The original idea was so successful that it has already made guest appearances in other Swiss cities, such as Winterthur.

As with the previous “SitzBank” campaigns, private individuals, companies and associations were invited to buy bench “blanks” – raw workpieces – from which they would produce a finished bench. With each participating organization and individual responsible for the design of their own bench, the range of finished products runs the gamut from benches that were thoroughly re-sawn and decorated to others that were simply painted in imaginative or clever ways. On a walk through the city, viewers will truly marvel at the huge variety of designs.  If you want to admire the benches as well, these works of art will still be on display in Schaffhausen until the end of October. Afterwards, the benches will all be auctioned for charity.

"The creativity behind this process really enthuses me, and the results are impressive. I’m hopeful that we will reach our goal: namely, that a lot of people will come and spend some time in the Old Town to admire these benches, and actually sit down on them", so Peter Neukomm, Mayor of Schaffhausen.

In close cooperation with Vontobel, a carpenter and a painter worked together to create two inspired benches from the raw workpieces they were given. The basic idea behind the design is the three-dimensional implementation of the Vontobel Evolution System in conjunction with statements and explanations that reflect the way we think and act. 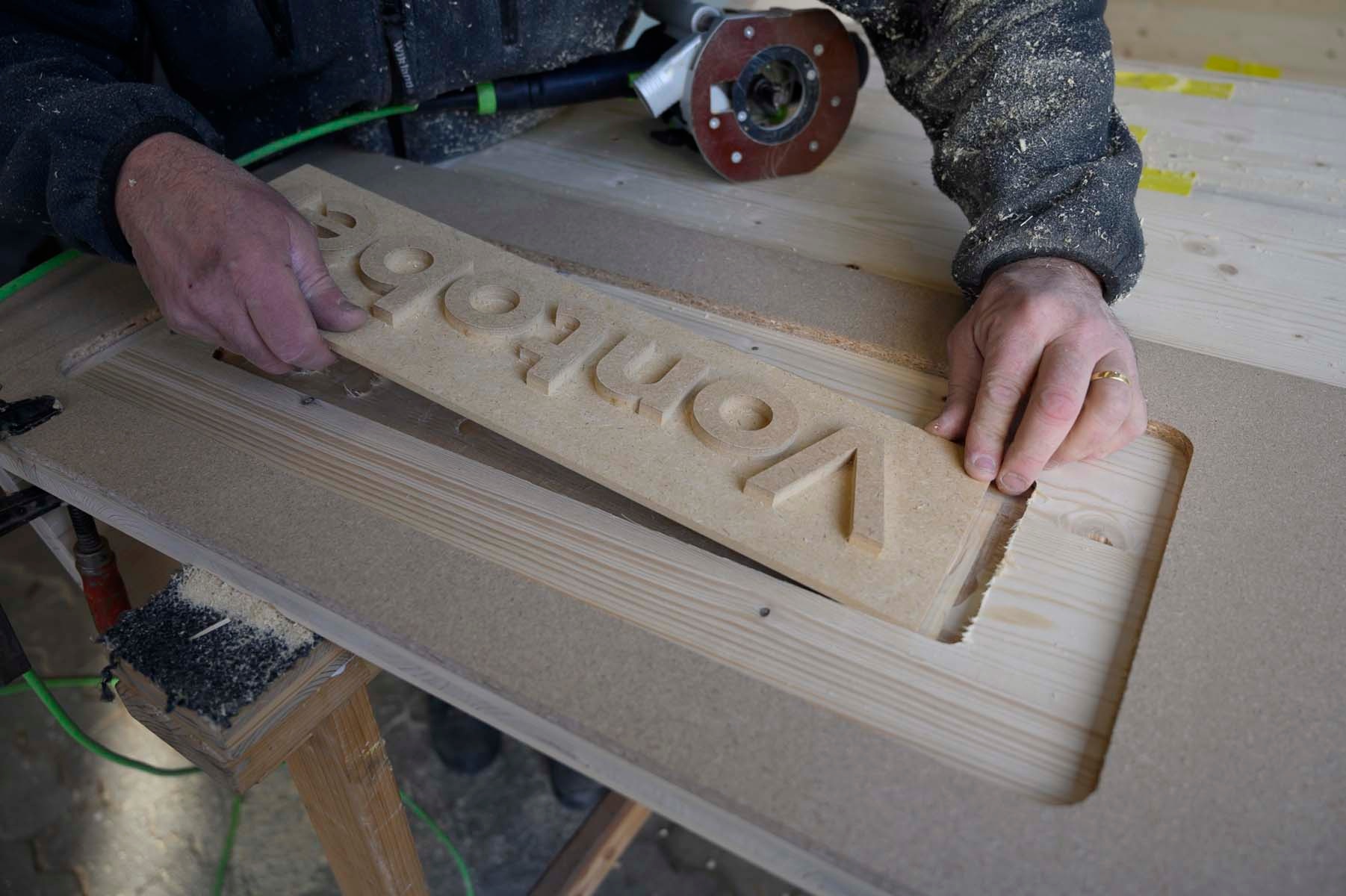 The two benches that resulted from this collaboration have now been positioned by a jury in a prominent location in the city of Schaffhausen. You will find one bench in the immediate vicinity of the Vontobel branch (Fronwagplatz 22), while the other one has been placed in the middle of the Old Town, near the Herrenacker. 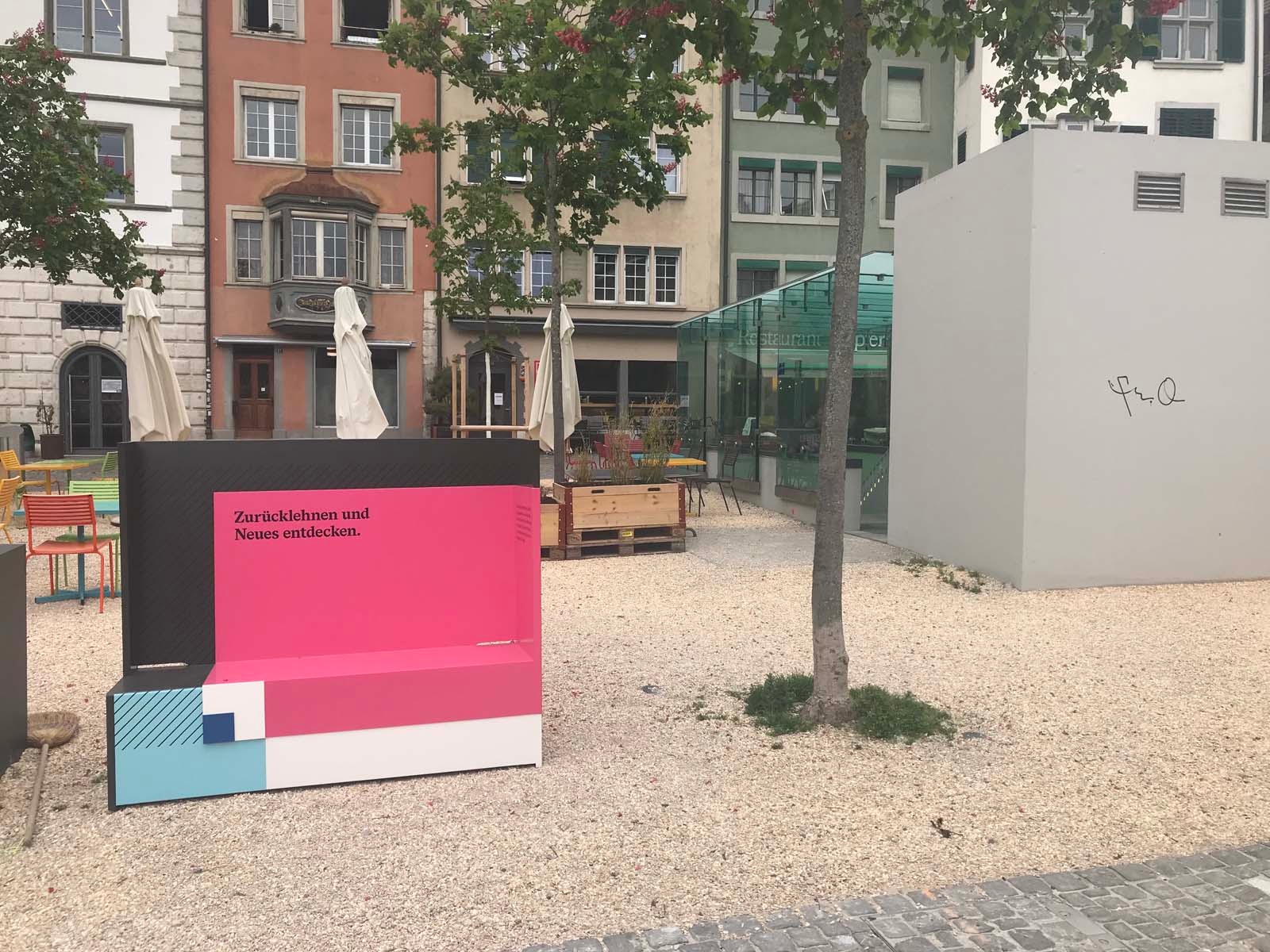 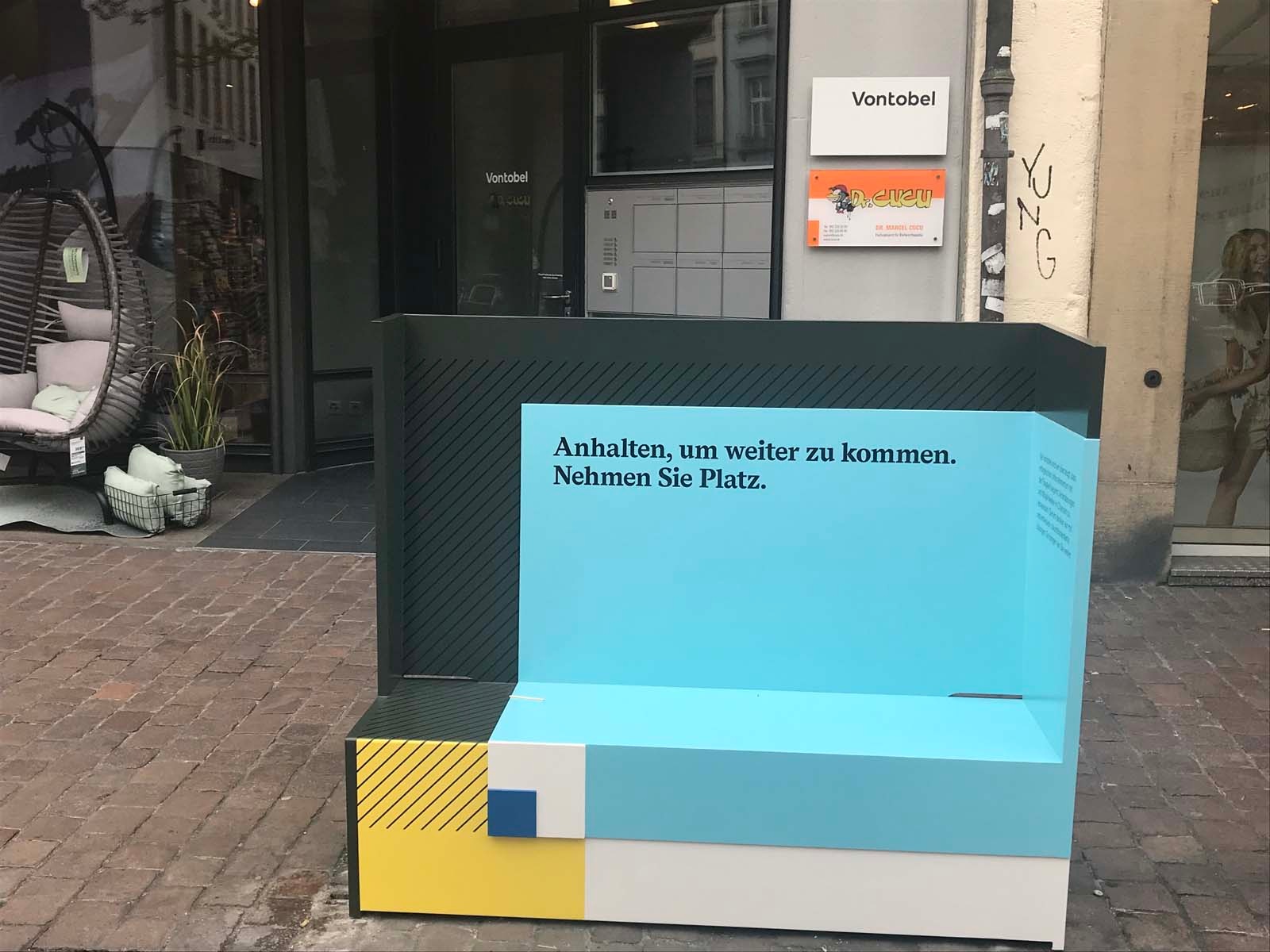 Fur further information you can visit the SH Sitzbank website.