Cigarette butts and fishing nets are defiling the oceans and clogging up the insides of marine animals. Here's what you can do to stop that happening

The ocean cleanup device designed by the Dutch inventor Boyan Slat has finally ensnared its first pieces of plastic after several abortive attempts. But inventions can only skim the surface of the world’s gargantuan plastic waste problem. 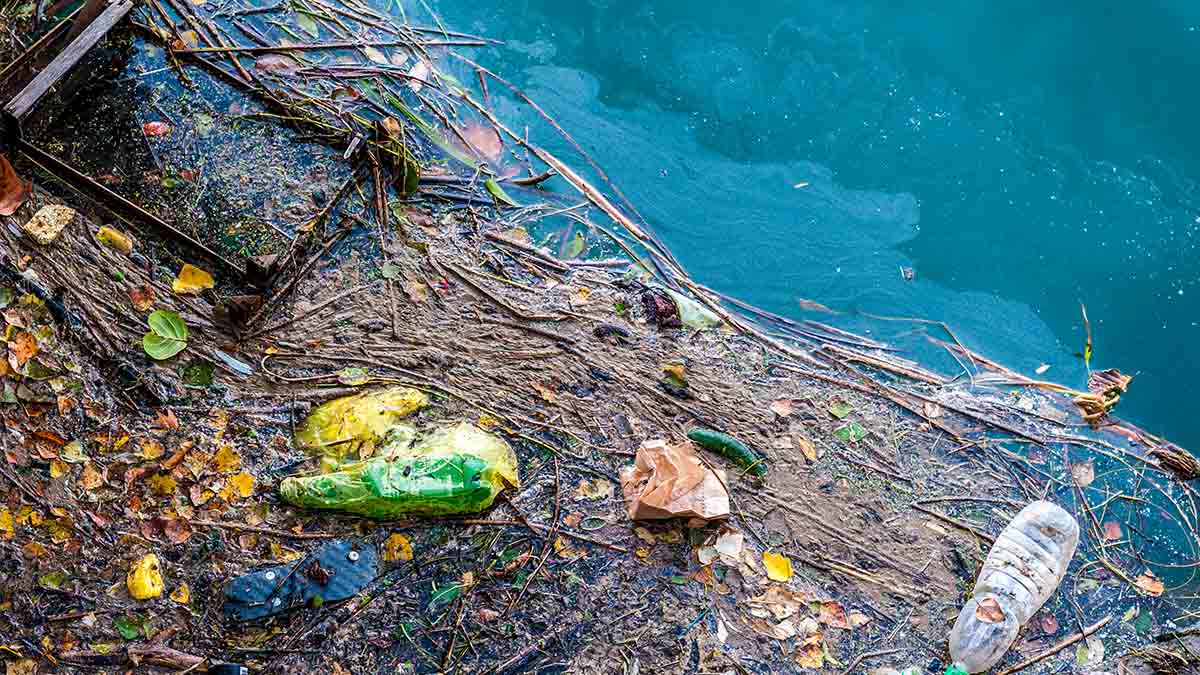 The trouble is, once plastics are in the ocean, there’s no easy way to remove them. Rather than biodegrade, plastics simply shred into ever tinier parts that end up entering the marine food chain and our freshwater systems.
This is the crux of why cleanup devices will struggle to tackle the issue in a meaningful way. “The smaller plastic – how do you remove something that small?” says Imogen Napper, a marine scientist who focuses on ocean plastic waste. “It's like trying to find a needle in a haystack, and then trying to remove that needle.” Over 300 million tons of plastic are produced each year, and eight million tons of that ends up clogging our oceans. Really, the best thing humanity can do is to prevent plastic waste from leaching into our water supplies in the first place.
What are the most effective ways to do this? Sipping from a plastic straw or lugging flimsy plastic shopping bags has reached peak public shame status. But while nightmarish images of the 700,000-square kilometer Great Pacific Garbage Patch are seared into our collective consciousness, have we been pointing the finger at the wrong culprits all along?
It’s estimated that if all the plastic straws littering the beaches in the world were washed into the ocean they would still only account for 0.03 per cent of ocean plastic waste. What makes up a far more substantial 20 per cent of ocean waste? Fishing equipment.
Here are some of the biggest sources of plastic waste we’re less familiar with and what we can do to cut down.

Haunting pictures of the garbage patch often accompany headlines about our untenable appetite for single-use plastic bottles and packaging, but this rotting clump of flotsam is actually mostly composed of fishing equipment, something that makes up a high proportion of ocean plastic in general.
“Conservative estimates suggest 640,000 to 800,000 tons of fishing gear is lost annually worldwide, which could account for at least 10 percent of all plastic pollution and perhaps as much as 70 percent of all macro plastics when estimated by weight in our oceans,” says George Leonard, chief scientist at the environmental nonprofit Ocean Conservancy. The accepted proportion globally is that 20 per cent of ocean debris comes from fishing sources and 80 per cent from land.
In weight, 46 per cent of the patch is made up of fishing nets according to a 2018 study published in Scientific Reports, with the rest mostly composed of other fishing ‘ghost gear’ including eel traps, baskets and fishing ropes. This isn’t solely down to careless habits of the fishing-industry; experts estimate that 20 per cent of the debris in the garbage patch was flushed out by the 2011 Japanese tsunami.

What can we do?

So do we really have to give up our favorite fish and seafood dishes to rectify the situation? Introducing simple sustainability measures to the fishing industry could have a huge impact on the problem.
It’s likely that fishermen discard nets that are broken and no longer of use. This is because it’s often more costly to dispose of or recycle nets than to simply chuck them – something that should be tackled if better behavior is to be encouraged. Boats could be forced to register the number of nets they have onboard for example and return with the same number or face fines. Another idea proposed by environmental groups is installing GPS trackers to nets that link them to boats, meaning they could no longer be discarded with impunity.
Some companies like Healthy Seas in Slovenia are working to recycle fishing nets; however, the infrastructure is not widely in place at ports to ensure this will happen. It’s clear that this legislation must be properly enforced, voluntary legislation previously introduced in the fishing industry has done little to change things.
“I understand why fishermen use plastic: it's extremely durable and it's more reliant than its natural-fiber counterparts,” says Napper. “But we need to work together with fishermen on those behavior aspects, so that any off-cuts from rope are kept on the boat rather than in the ocean, and also look at when ropes should be replaced to stop fragmentation of micro plastics directly entering the ocean itself.”

Cars have long taken center stage in the pantheon of climate-related ire. It’s generally for their CO2 belching ways, but it turns out there’s yet another thing cars are bad for: plastic pollution.
In late 2018, a report commissioned by the environmental charity Friends of the Earth showed that vehicle tires are in fact the biggest source of plastic pollution in UK rivers and seas. It’s not from tires being tossed indiscriminately into rivers or oceans, but from that even more insidious pest: microplastics.
Although we say that tires are ‘rubber’, they’re actually made up of a blend of plastics, synthetic materials and chemicals. As tires wear down over time, shreds of material that peel off end up littering the road and washing into streams and rivers when it rains.
The report found that half a million tons of tire-wear fragments are released every year across Europe. Of this, the UK contributes about 68,000 tons, and of this, 19,000 tons of microplastic tire pollution gets into waterways and the seas.

Laurie Clarke is a staff writer at WIRED, UK

Who are we? How do we live today? And how will digitization change our lives? How the future will unfold is preoccupying society more than ever, with engineers, doctors, politicians – each one of us, in fact – seeking answers. This report on plastic pollution is one of many contributions that shed light on the theme “Digitized Society” from a new, inspiring perspective. We are publishing them here as part of our series “Impact”.