A chain that is changing the world

One of today’s most hotly discussed topics: the blockchain. But what is behind this forward-looking technology, which areas will profit from it and how could investors draw benefit from it?

There is great “excitement” about blockchain technology – although it is not yet really possible to estimate or classify its precise role for the economy and society. Even so, it does seem that the blockchain will fundamentally change economic and social systems.

Transactions, contracts and their recording are key components of our economic system. However, they have not really managed to keep pace with the digital transformation. Blockchain technology – an open, decentralized “log book”, which records and stores transactions securely, permanently and efficiently - now promises to solve this problem. Transactions between parties, companies and private individuals are digitally documented, authenticated and “perpetuated” in the database. This ensures that digitally represented transactions have taken place as documented and can no longer be changed.

On the bitcoin blockchain, all transactions made (transfers of funds) are stored in an unchangeable state. Here is an example of a transaction. 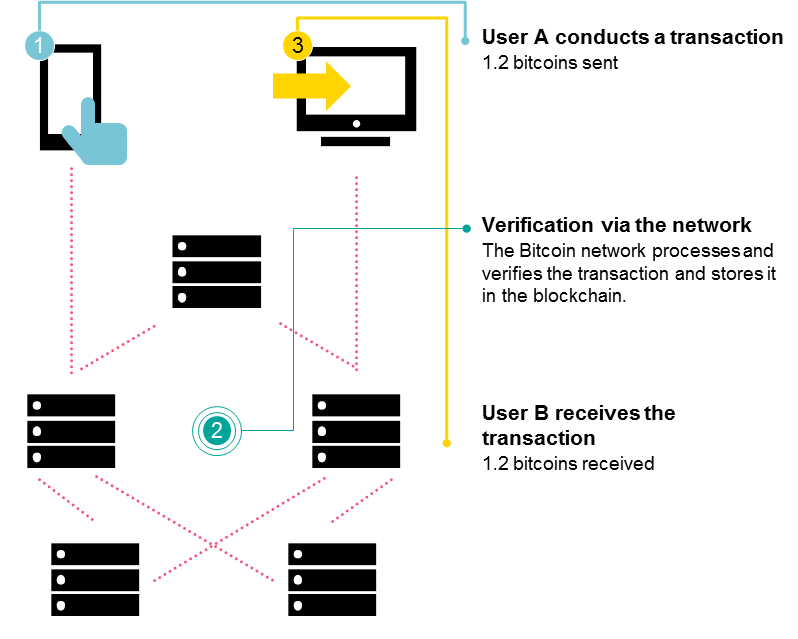 Source: blockchain.info (for illustrative purposes only.)

Why an early investment could pay off

Further exciting topics around the Blockchain can be found at