Ecological consciousness seems as high as never before. This time, will the trend continue? A conversation with Prof. André Reichel on the chances of sustainable ecological change.

You consider sustainability to be the most important topic of the 21st century. Why?

Sustainability means caring for our fellow human beings and our natural environment – today, tomorrow and the day after tomorrow. Currently, this care is nowhere to be seen; environmentally speaking, we’re living at the expense of future generations, and also at the expense of the planet’s poorest people. If we continue like this, it will lead to even greater social upheavals. It’s sustainability that is the key to a peaceful future.

Why is it that when a majority of the people do get interested in the environment, it always turns out to be just a short-term trend?

Because environmental behavior needs an environmental policy. And that’s something that’s pretty painful at first – just look at the German debate over the CO2 tax or a VAT on meat. Politics runs away from that sort of thing, because polls show the approval for these ideas instantly plummeting. So environmental issues keep disappearing from center stage.

What should politics do differently then?

An environmental policy must become embedded in an understanding of society, of belonging, of having a common future. Without a minimum of visionary power, there can be no environmental policy, because for what purpose should citizens place restrictions on themselves? This change will only become realistic when there is a clear vision – one that appeals to everyone equally – of a more sustainable, livable society.

Is that what neo-ecology does?

Neo-ecology is the attempt to reformulate the old answers to environmental questions beyond the rhetoric of sacrifice and doom and gloom. As before, it concerns itself with the way our behavior can be reconciled with the limited capacities of a finite planet. This time, however, we aren’t only relying on technology, but we’re changing the question of “What do we have to do without?” to the questions “To what end are we consuming? To what end are we producing? To what end are we working?”  Neo-ecology is thus posing the question much more fundamentally, asking why we actually behave the way we do, and what we would in fact prefer to do. Only when you add this question of meaning to the environmental question can you break through the thinking and acting blockades that are in place.

Moving from the economy to society: Why does the theme of sustainability appeal specifically to the younger generation?

This is partly because young people have the future before them, with all its problems that have been created in the past and the present. They are going to have to address these problems; they can’t shift them to future generations. On the other hand, youth is not corruptible. How do you let a student go from a job she doesn’t have? Cut the pension she isn’t getting? That’s why young people are taking to the streets on "Fridays For Future", and you can’t stop them any more.

How can the contradiction be explained between the “youthful” demand for more environmental action and individual behavior which is not environmentally friendly?

We humans like everything to change – as long as things stay mostly the same as we’re used to. The environmental question has meanwhile become so huge that small acts such as separating our trash for recycling and eating organic vegetables are no longer sufficient. But I’m familiar with both these things, and that’s why I would like to have more things like this – but I don’t necessarily want to hear that I shouldn’t eat meat any more, or I should reduce my living space by half. The more an environmental policy threatens to change our habits, the stronger the resistance – unless some crisis forces change on us, or the change promises a better and more interesting future, one with greater meaningfulness.

Your work also deals with new forms of growth. What do you mean by that?

When I speak of new forms of growth, I mean growth as measured by societal and environmental values. The economy must function in the service of society and the environment, otherwise it’s pure chrematistics, as Aristotle said. New forms of growth will mean the end of our fixation on quantitative growth, and thus we would say farewell to key indicators such as GDP.

How will these forms of growth affect corporate strategies and business models?

Companies will certainly still be able to grow quantitatively. Especially if they drive other companies out of the market by offering more sustainable, resource-efficient services that create societal added value. In general, this would mean a fundamental strategic reorientation away from thinking purely in terms of a business case. The question then arises, how to create societal and environmental added value through entrepreneurial effort, that is to say: via the intermediary of the market and by taking personal or organizational risk.

What are the chances that the current neo-ecology trend will become sustainable?

The question of the planet’s future has never been as pressing as it is now. The European Union is campaigning for change; there’s lively discussion going on, and things are starting to take shape. As long as people continue to take to the streets worldwide, encouraging this change and networking with other actors, especially those of civil society, the chances should be better than fifty percent. In my opinion, the “Fridays for Future” movement has what it takes to grow bigger than the youth movement of 1968.

This is an abridged version of the entire interview with Prof. Reichel, which can be found in the Wealth Management magazine Inspiration.

Dr. André Reichel is a Professor for International Management & Sustainability at the International School of Management (ISM) in Stuttgart and one of the main thought leaders for business perspectives in the post-growth economy. 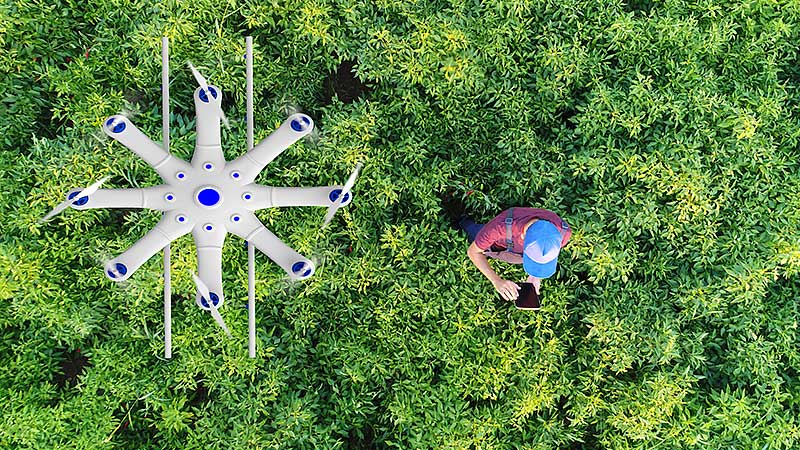